Lily Kelly Napangardi was born at Haasts Bluff NT in 1948. She moved to the newly established settlement of Papunya in the 1960’s. During her time in Papunya, Lily engaged in painting activities, notably assisting with works by her husband Norman Kelly. Lily returned to Mt Liebig with her husband in the early1980’s.

Lily is now one of the senior Law Women of the community, teaching the younger women traditional dancing and singing. Lily has three children and eleven grandchildren

Lily began painting in her own right in the early 1980’s, winning the Northern Territory Art Award for painting in 1986.

In her most recent works Lily paints sand hills, wind and ‘after rain’ in her country near Mt. Liebig and the Haasts Bluff area, in addition to depicting sandhills of the Kintore and Connistan areas. Lily holds authority over the Women Dreaming story associated with Kunajarrayi.

The painting depicts a topography of sand hills, referring to the artists country of Watiyawanu (Mt Leibig, 325km’s west of Alice Springs) in Central Australia. Illustrated through fine dots, it conveys the moving force of wind and rain that has effect upon the sand hills and its surroundings.

The painting depicts a topography of sand hills, referring to the artists country of Watiyawanu (Mt Leibig, 325km’s west of Alice Springs) in Central Australia. Illustrated through fine dots, it conveys the moving force of wind and rain that has effect upon the sand hills and its surroundings. 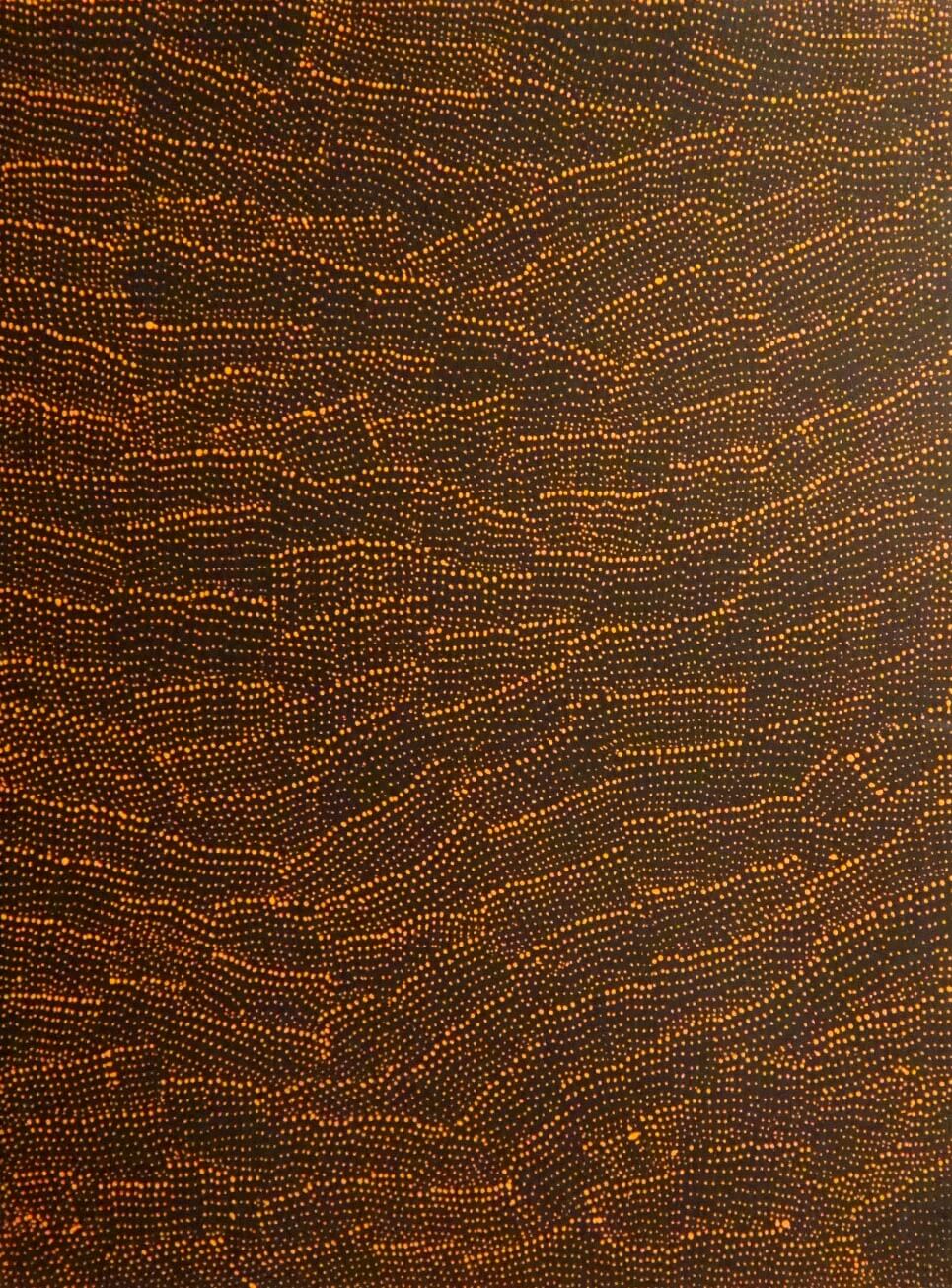